Charlien Adriaenssens (27) Charlien likes a combination of good food and good people, and Baudelaire’s Le Spleen de Paris. She wants to work on the Europe of tomorrow by playing, drawing and building stuff.

Charlien and Tessa went to Brussels to attend the literary seminar Need and Necessity organized by the international house of literature Passa Porta. Read, watch and listen to their experiences. 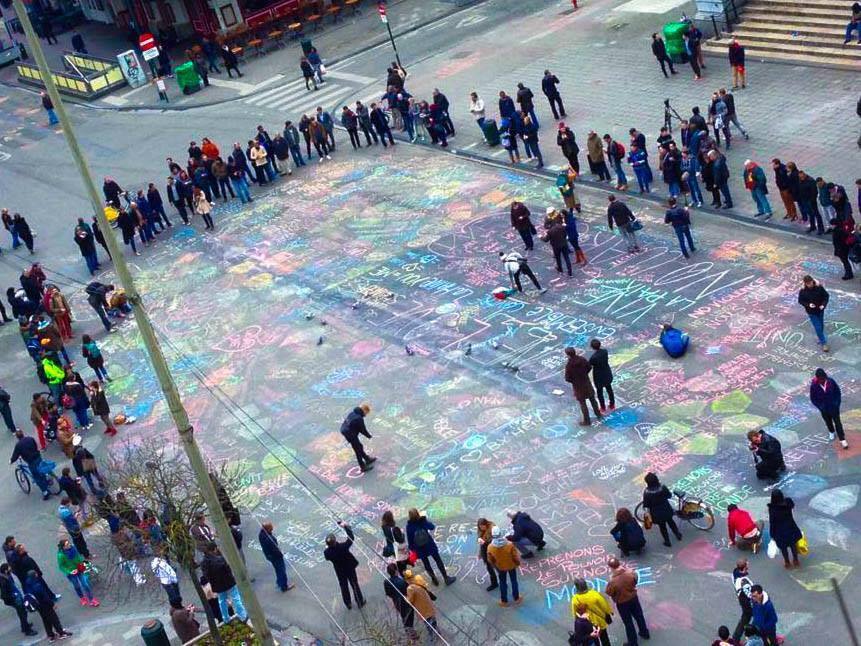 Our thoughts go out to the victims of the useless and brutal attacks in Brussels today. 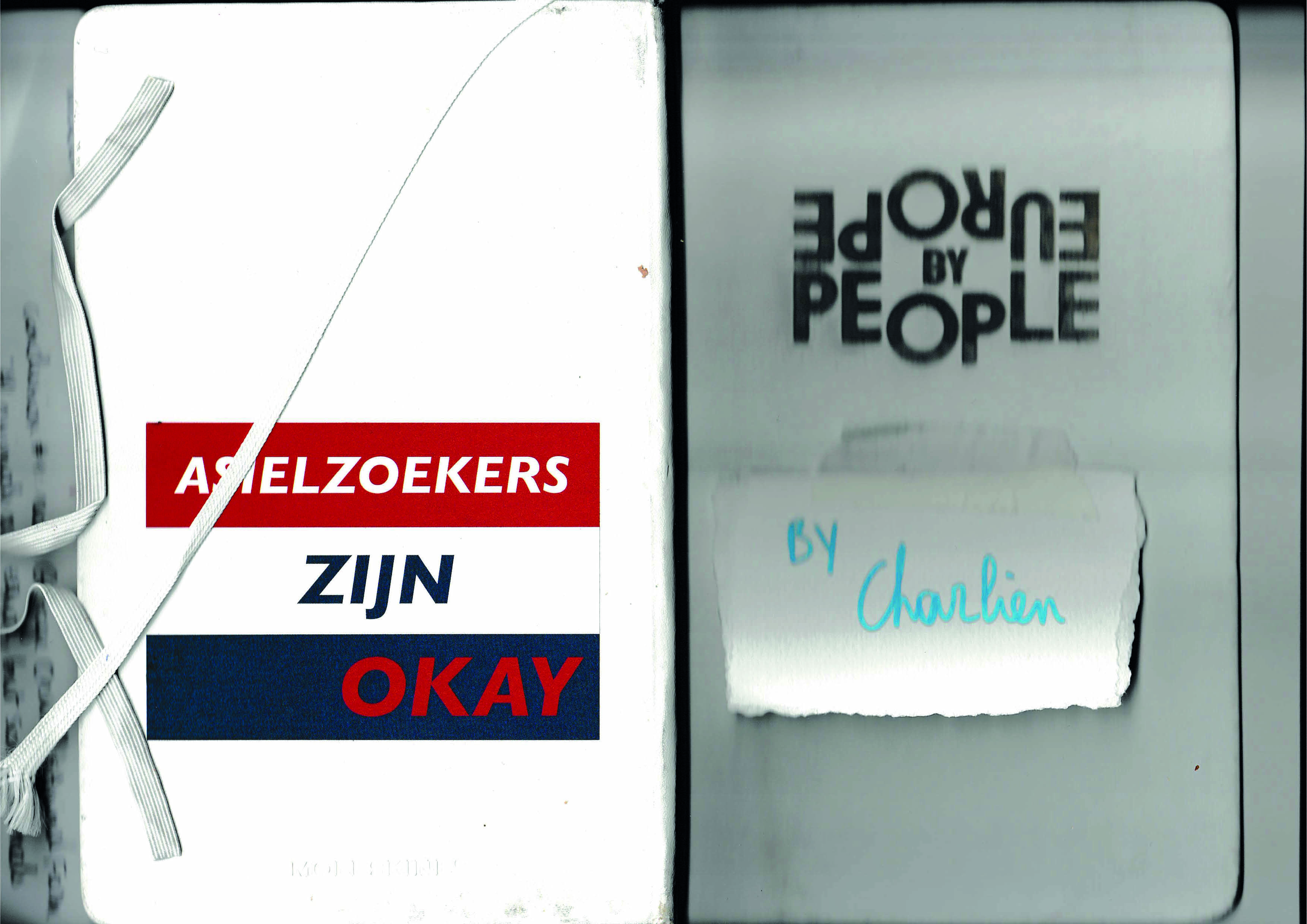 At the start of our project, we got a little present: a Moleskine engraved with the Europe by People logo. 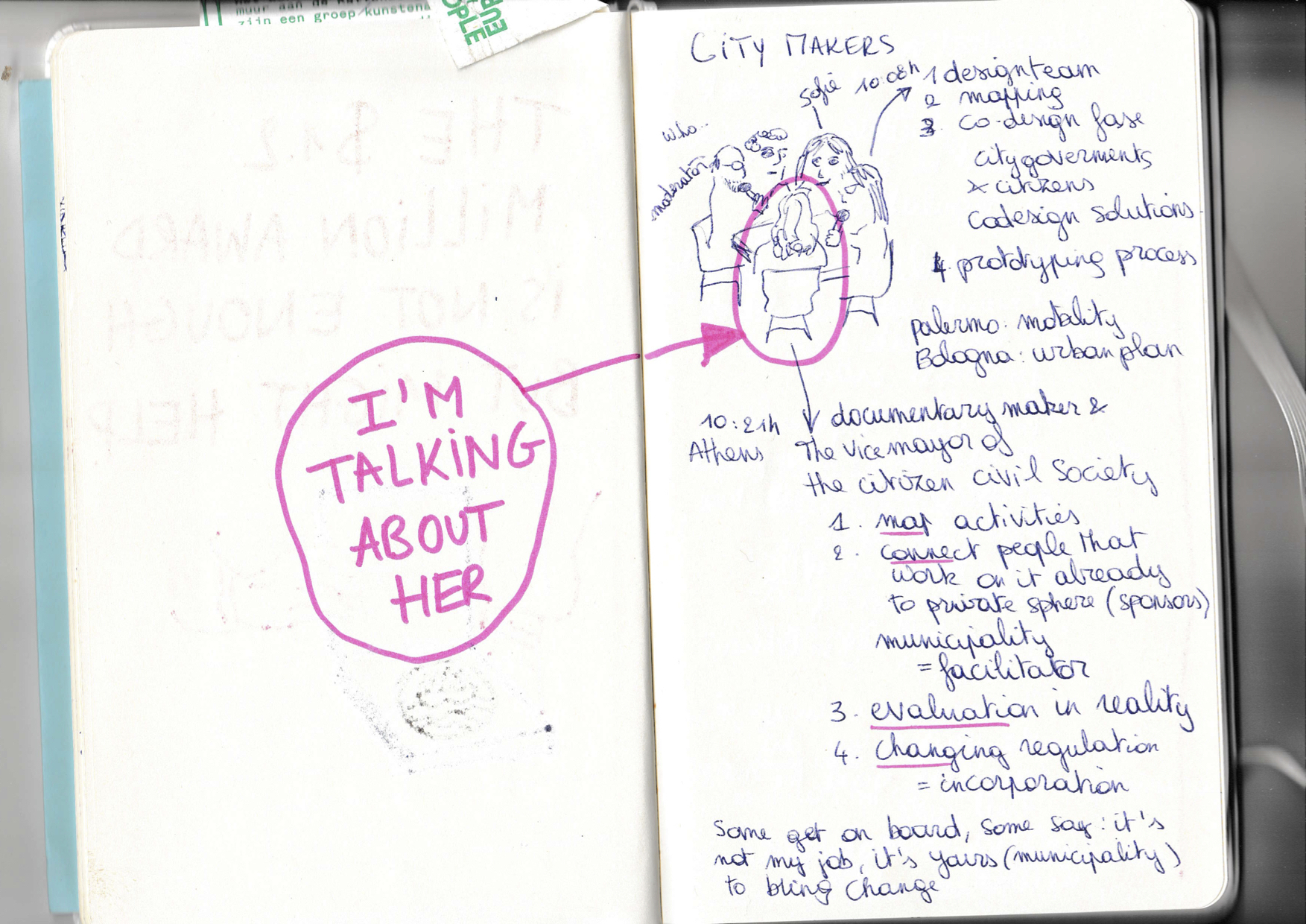 Not a Greek Tragedy, nor a Comedy. This is Reality.

The Sketchbook is a series of visual posts in which I share pages of my notebook.