Can a house fit in a hut? Or the other way around

On the differences between a House and a Hut. Including an interview with Taja Vovk van Gaal, the Academic Project Leader of the House of European History.

Europe is a decisively political object. Or, rather, a collection of objects. This is what we think as we build a hut for European identity. A question follows: who would be the collector-in-chief? Who gets to choose what objects can define Europe as a political object?

The Hut of European Identity, the project we are developing along the Wall, could actually be seen as the unsolicited addition of footnotes, annotations on the margins of the more institutional process going on in Bruxelles. A read-write memory device that could be plugged into that and other contexts. 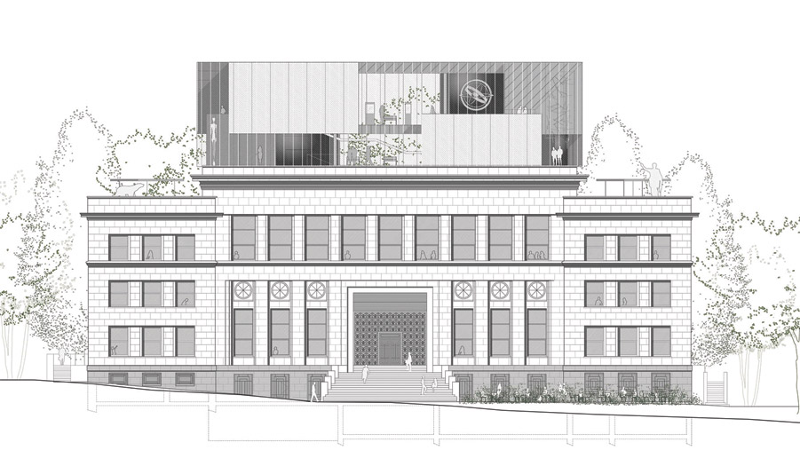 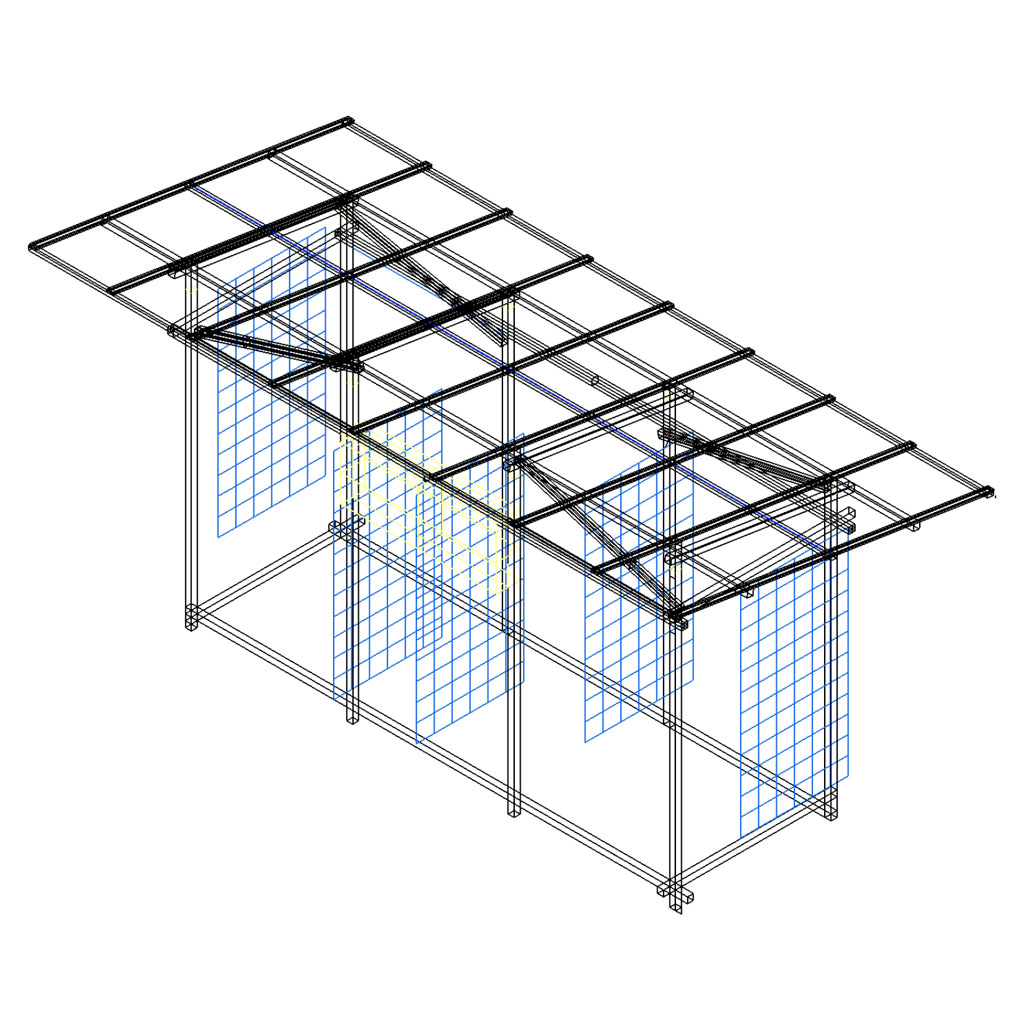 The Hut of European Identity. New Europeans / The Wall. Amsterdam

We reached out to Taja Vovk van Gaal, the Academic Project Leader of the House of European History, in order to ask her some questions. She kindly replied…

The House of European History (HEH) is indeed an initiative of the European Parliament. The fundamentals for a modern history museum with academic independence were laid down in 2008 when a group of historians from different European countries wrote a considered Conceptual Basis for a House of European History. As such, the team of historians and museum professionals responsible for creating the institution are preparing a historical overview of the most interesting transnational processes and events in Europe through museological interpretation, clearly operating within academic and professional realms of work.

History is continuously negotiated by politics, it is in a constant process of formulation. You mentioned that the House will offer a platform to encourage multiple possibilities rather than hold a fixed or indisputable position. Perhaps we could call this platform public realm. How can we participate?

Besides the permanent and temporary exhibitions, the HEH team has been preparing a range of events, learning programmes, publications, travelling exhibitions as well as different actions in different partnerships to create a space for interdisciplinary discourse.

"What would be your proposal for participation?"

What is the shape of the Europe you are considering? Is it the discontinuous area we know from the maps at border controls or the more inclusive one on our banknotes? Where is the Eastern border, for example?

In its first theme, the permanent exhibition deals with the question of Europe as not a clearly defined space. Through our museological approaches, visitors will get the opportunity to dive into a continent as a space without a clear and forever defined geographical area, shaped foremost through culture, politics and history. We do not limit our story to the geographical borders of the 28 EU member states. The former Soviet Union Republics as well as Turkey are presented in their respective roles as players in major European events. Links to global history and Europe’s position on the international scene will be shown as well.

The European Union is a recent project, but Europe is an old continent. What is the temporal frame you are considering?

The permanent exhibition is focused on 20th century events but sets them in a wider timeframe to enable a visitor to gain better understandings of the present and the future. Within this setting, the development of the European Integration process will be presented.

Could you explain what were the steps that led to the definition of the permanent exhibition? Did you start from a narrative you already knew? Or did the story emerge from the process and the materials?

The already mentioned Conceptual Basis has given us some anchor points. The narrative is the result of a long process of research and discussion carried out by the Academic Project Team. The difficult part in this process was the realization that we had been dealing with a relatively small exhibition space which forced us to focus on the fundamental phenomena and processes in the selection criteria. Close to 3000 objects from nearly 300 museums across Europe come together with other material to support the overall narrative. In some cases, the decision about which objects should be included has been related to their availability.

You said the aim of the House is to offer a pluralistic view on European history, or histories. Was your aim – or process – then to critically receive every opinion, every perspective and point of view on European history? History is double-bonded to identity, but sometimes when it comes to violent nationalism, racism and religious caricatures, a Europlularist dialog seems overrated to some. Was it hard to make a selection? Did you ever had to – or choose to – “diplomatically” disregard something?

With the opening of the House of European History, the permanent exhibition (as well as the temporary exhibitions) will become a subject of critical evaluation. Different opinions, perspectives and points of view will be welcomed so as to contribute to discussions about the history of Europe as well as its museographical interpretation.

How are minorities represented? There is a variety of people and things that are “in” Europe, but are not necessarily “of” Europe, who do not see themselves – or who are invisible to others – within the grand narrative that from ancient Greek democracy, through French Enlightenment, Christendom, Modernity (and the modern nation states) led to a certain definition of Europe. Are they also part of an European history?

The minorities are not presented as a separate chapter of the permanent exhibition which has a chrono-thematic character. The question of minorities and their position through time has been intertwined within the main storyline of the exhibition.

In European history, conflict seems ineradicable. Is there a possibility for a pluralist history? Is the role of the House – and of the European project – to transform this conflict into something else, more productive perhaps?

One of the HEH’s objectives is to give its visitors – from different parts of the continent and all walks of life – the possibility to learn more about the processes and events which have shaped Europe in the last two centuries. Not only by deepening knowledge and adding another layer to already known interpretations, but also by arousing curiosity and offering a public space for questions and debate which could create opportunities to reflect on European history. 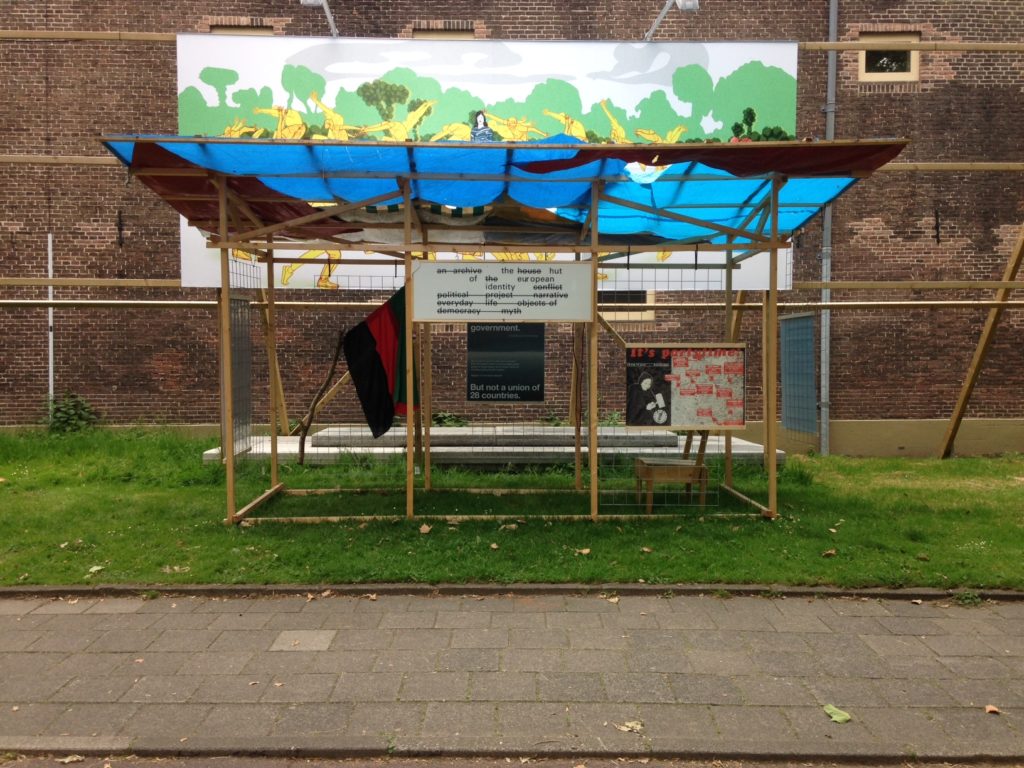 Finally, often history is narrated through its milestones, through a list of achievements, successes, and a few failures. Rarely we discuss “crossroads”, past situations where things and situations where still in a state of flux, where the options for development in various directions were still wide open, where the future was conceivable as holding multiple possibilities of political and cultural solutions. Are there moments in the archaeological record of the EU that still abound and revel in heterogeneity and can enter into a relationship of tension with present-day moments, relativize them, and render them more decisive? How do you treat those moments in history when there were choices to be made, and things could have gone differently?

The basis of our narrative is not “achievements, successes, and a few failures” but a critical approach towards phenomena and processes presented through museological interpretation and supported by diverse case studies which have shaped today’s Europe. Through a chrono-thematic approach, different processes are interlinked to each other, allowing visitors the possibility to reflect on them from today’s perspective. The dilemmas in critical moments in history will be presented by being put in context as well as shown through options which were indeed optional at the time.

"Europe, with its histories and identities, cannot be resolved – it remains a contentious space"

We have a doubt now that our questions were overpowering, overwhelming for one person and maybe even more so for an institution. Europe, with its histories and identities, cannot be resolved – it remains a contentious space. One where we have to continuously negotiate our role, our presence, our work and choices – also as collectors: what do we want to keep? What do we want to leave? Our identity might just be the result of that.