In two previous articles on Eurowine (an EU flag-flavoured wine crafted by Domenique) I extolled the virtues of the new drink and began discussing the connotations that made it so compelling as we took our first sips.

On the occasion of our introduction to the wine, Domenique also began explaining the role of yeast in the fermentation process (where yeast grows by feeding off sugar and shitting out alcohol). In response, Paolo made an interesting if tenuous connection between yeast and inflation. It got me thinking about the economy. But the analogy is slightly off. Inflation is the sustained increase in the general price level of goods and services in an economy over a period of time. Yeast is like inflation, sure, but it’s more like capitalism in general.

Capitalism, like yeast, thrives off consumption and growth. It is always looking for new sweet things to consume. But neither capitalism nor yeast are completely awful, something ostensibly good comes out of the process, an intoxicating liquid which (at least superficially) brings people together. Because like it or not, capitalism has provided us with the most effective means of organising and unifying global society (so far).

"The EU idly stands by, thoroughly ignored, while capitalism (yeast) just keeps on eating and shitting"

The alchemy of turning something sweet into something intoxicating is almost too good an allegory for capitalism. Yeast is this amorphous goop that sustains itself by feeding off sweetness and turning this sweetness into something desirable, but also something that is much harsher.

Where the flag comes in is difficult to tell. If we’re being honest for a moment, the Euro flag does nothing, which isn’t too far off from the reality of the European Union. As Russell Foster said in his New Europeans open classroom: “the EU will fail due to its constituent countries ignoring its authority and the rules and regulations it issues”. The EU idly stands by, thoroughly ignored, while capitalism (yeast) just keeps on eating and shitting.

I haven’t quite got to the bottom of this yet, but tonight, during the Artistic Voting Session, Domenique will be rolling out a second batch. So hopefully I’ll soon be clearer on the whole thing. 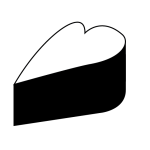