Initially conceived as a sculpture for protest, the Tolerance Zone for Contradiction was meant to be an agglomeration of signs and banners, a vibrant corner by The Wall bursting with political energy and, yes, opposing views and contradictory messages as if multiple manifestations had collided in the street.

However, it was not long until Charlien and Domenique – the initiators of the project – started doubting the implications of such an undertaking: A sculpture for protest that does not stop traffic? A static demonstration that does not interfere with day-to-day life? Protest signs that have no one standing behind them? Banners that are not chanted out loud?

Charlien and Domenique started deconstructing the meaning of protest, stripping it away of its negative connotations. Protests are wishes for change, they wish the present state of things away and are directed at the highest authority recognized. In this sense, protests are not unlike prayers, offerings or sacrifice rituals at the altar of a god. And if we were to ask for our political prayers and economical wishes to be granted today, who would we ask? And what would we offer or sacrifice at their altar?

This line of thought sparked a new idea: instead of a perfunctory protest at the gates of Europe why not an altar for Goddess Europa? In the coming weeks, a statue will take shape molded by different wishes and imaginations. You are invited to participate and help the artists answers questions like: What does the Goddess Europa look like? Does she have legs like Merkel and shoulders like Sarkozy? What does it mean to us today that in Greek mythology Europa was a young girl raped by Zeus disguised as a bull?

The sacrificial rituals for Goddess Europa begin on May 14, during the Europagebouw Open Day. 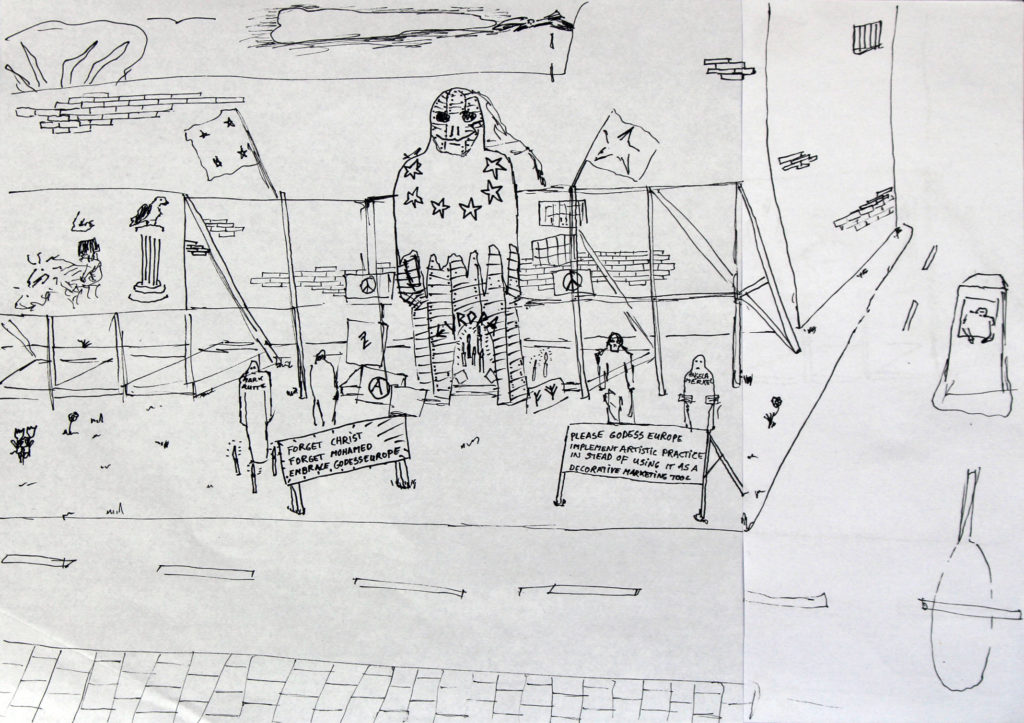