Last week, we hosted the opening of Shelter, an extraordinary exhibition by documentary photographer Henk Wildschut who has been closely following the development, and the impending demolition, of the camp in Calais for ten years. Taken individually, the photographs seem removed, distant from the subject they’re portraying, but together they are a moving testament to human endurance. During the opening, we had the privilege of asking Henk a few questions. Here are his answers. 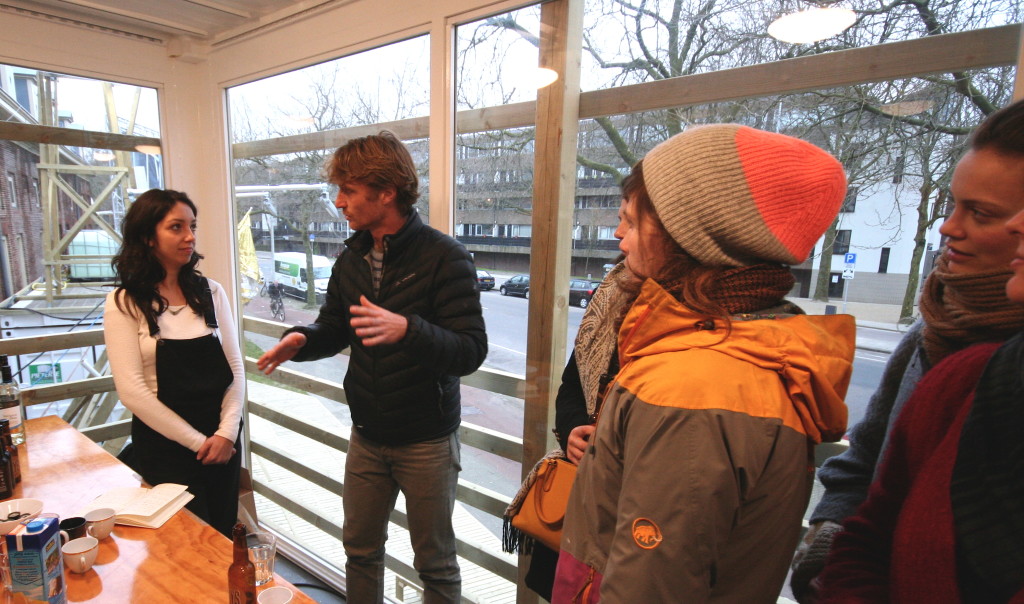 Your first trip to Calais was in 2005, and since then you’ve been going regularly. What made you go there in the first place and why did you keep going back?

I’ve always been interested in what I call secondary societies — people or situations which are in between two worlds. Illegal immigrants are the most visible people who are in between two worlds. And Calais was the place where they made a mark, they surfaced above the ground almost, by building structures in the forest of Calais. Illegal immigration was really visible there, so that made me go back every time. To see what was going on in the world, you have to go to Calais.

Calais has turned into quite a big village, I think there are approx 7,000 people now. Then again, different sources report smaller figures.

People use figures as it suits them. So on one hand, you’ve got the government saying there are only 800 people, and on the other, NGO’s saying there are 10,000. At this moment, I would say there are about 2,500.

Nonetheless, the camp is well developed, there’s a church, a mosque, shops, showers, a warehouse where donations can be dropped off. Is this a normal development, is it happening in camps everywhere?

No, this is totally unique, but I think we will see it more often in the future. As we all know the situation worsened last year, but still there were a lot of new developments. I saw it improve in the past year, because there was a of involvement on the part of the volunteers, like nothing I have seen in the past ten years since I have been following Calais. The immigrants build shelters in a very fast way, so they use branches and stuff from junk yards, they also go buy stuff. But suddenly something changed, people started bringing a lot of stuff, so all the volunteers had trucks full of stuff. There was one action after the festival season in Holland when they collected all the festival tents. I think only from Holland alone there was something like 500 cubic metres worth of goods went into Calais. So the warehouse you were talking about, I think you’re going to visit it.

My assistant and I went there and we saw them using trousers as a way of starting a fire. You have to imagine that people bring all these clothes but nobody thinks about bringing a washing machine, that would be much wiser. They have clothes but then they can’t wash them, so what do you do when there are lots of clothes available? You just change and throw away the old ones. That’s the way it goes.

I was wondering if there’s a reason why there are not a lot of people featured in your photos, and no portraits.

It’s because they don’t want to be photographed, that’s one very important reason. Another reason is my photographs are very distant from the subject. I want to leave it to the imagination, as to who built this, what kind of person is behind this. I want to trigger the imagination of the viewer. In my opinion, a portrait can sometimes be misleading. You can take a picture, and everybody will think, ‘oh, that’s so sad,’ but maybe it’s not true. Maybe somebody is happy, and it was the photographer who asked them, ‘please don’t look so happy.’ I always do it, when I do shoots for a magazine, I always ask people not to smile, because a smile isn’t a truthful moment, no one smiles the whole day. I think portraits are very complicated.
But as I said, one of the most important reasons is they don’t want to. It’s not in their interest to be visible, because ultimately they want to enter England in an illegal way, they don’t want to get their picture everywhere. Now the images are so big, I can’t help but think, ‘my god, this guy will be so angry when he sees this photo.’

Understandable. Part of the camp has been bulldozed over in the last few weeks by the French government, because they wanted to move everyone in containers. A lot of people didn’t want to move because they also had to register and I assume they wanted to remain illegally. Will we still find anything from your photos there?

Nothing. Everything you see in these images is gone. Except for the church, the church is still there.

What does that mean to you?

Well, I knew when I started that it was going to end, it was inevitable. It only happened a little sooner than I expected. I was there last Saturday, when the main street of the camp burnt down. It was a shock for me because I’d been taking a lot pictures of this street for a long time, and it just burnt down. By accident or on purpose, I don’t know, but the police and the demolition team let it burn; it saved them a lot of work. It was still smoking until the early morning when I asked someone, ‘what do you make of this,’ and all he said was ‘well, you know’ and shrugged. It was then that I realised they’re not attached to this place. The only reason they’re there is because they want to go to England; this place is temporary. The only ones who are sad are people like me and the volunteers, we are attached. I think that’s very interesting, it’s something I really appreciate about them because it also shows strength and power when you can just create something and leave it because you have a next goal. It’s only a step in their path. 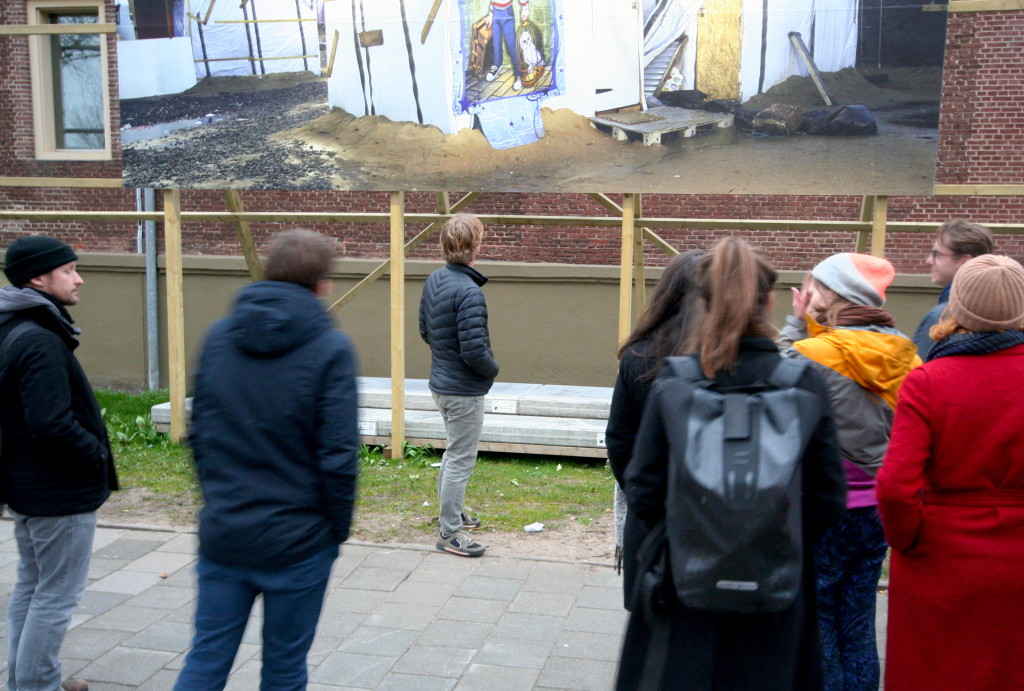 Shelter is on view at The Wall until May 1st.