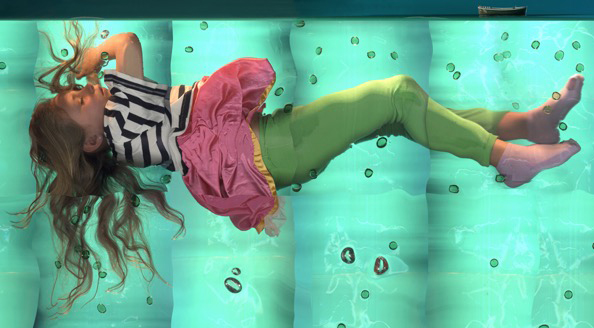 Imagine – a work by Lieve Prins

We received a submission from our neighbour, artist Lieve Prins. She created a moving work dedicated to refugee children. 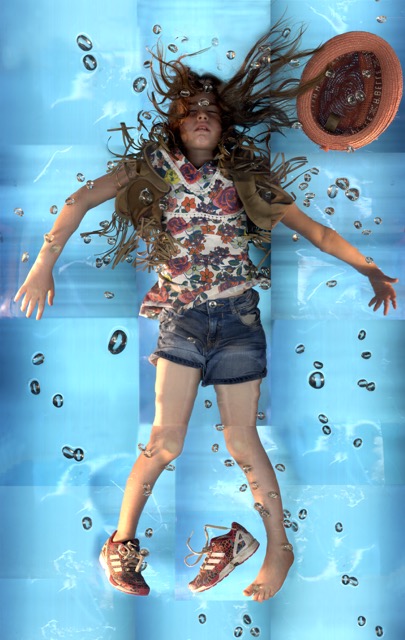 Through her poetic work entitled ‘Imagine’, Lieve Prins compels the public to reflect on the refugee crisis. Her strategy is empathy: the images are striking due to the beautiful colours and composition which only briefly divert the attention from the unsettling subject: European children depicted as if lost at sea and drowning.

What inspired you to make the series ‘Imagine’ series?

From the moment I saw pictures of drowning children, floating in the sea, having lost their lives while in their best clothes as if they were going on holiday, I could not think about anything else but them.

What is your ideal format and medium for displaying these images?

I wanted to bring awareness about these children by making art. I invited European children to act as they were drowning on the glass of my scan machine. Using those scans, I reconstructed the pictures and printed them life size. 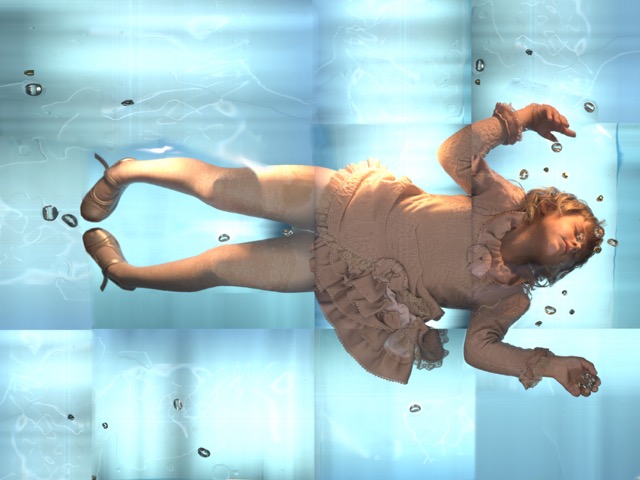 What do you hope to achieve with this project?

Who are the children depicted? Do they understand what the images mean or what they are for?

The children are Amber, Kenza, Tzippy, Evi, and Neeltje. They are all children I met here and there, who have shown empathy for the drowned children and, because of that, were able to act like them. They understood the idea that I wanted to convey. It was an exhausting exhausting process for them because it had to be done one part at a time until all the scanned parts would fit together to make on life-sized image.

How do you think we can solve the migration crisis?

I think we have enough space in Europe for every refugee. We should not allow ourselves to be led by fear. I think refugees should not be sent back once they reach Europa, it is inhumane to do so. Let us fully welcome refugees in our society, allow children to go to school and people to work. This world is for everyone.