Video by Elisa Grasso, showing part of the camp that was evicted and destroyed by the local authorities.

Bilal was one of the first of the camp’s inhabitants to say something to me, or rather ask something. He needed shoes. The shoes he had were too small: size 44 instead of 45. His big toe was bleeding and it was hurting for him to walk. “Could you get me other shoes?” he asked. “I’ll try,” I said to him, remembering the huge warehouse near the camp where 700 cubic meters of donated items were stored. “Could you also bring a clean pair of jeans for me and my friend? Size 30 and 32.” He gave me his number so I could send an SMS if I had some success.

It was the day of the Brussels attacks, and I along with four other New Europeans had just arrived in Calais, France. We were going to spend two days in the ‘Jungle’, a migrant camp where, according to estimates from government and aid agencies, between 1500 and 6000 people live. While a few meters from the camp lies a highway on which thousands of cars cross the border between France and England every day, the jungle is the end of a cul de sac. Refugees wait here for months, sometimes years, time after time after time trying to make the same crossing.

The next morning we went to the warehouse. I saw one of the volunteers we spoke to the previous day and asked her if I could please have a pair of shoes and if I can take two pairs of trousers? She said no. Tuesday is shoe-dispensing-day, and Tuesday has just passed. They do not allow individual requests, since it interferes with the system. I said that I understood. But I needed the chance to help: if I couldn’t even fulfil this small promise, what was I doing there?

With a heavy heart I texted Bilal to say sorry but he would have to wait for the warehouse to give him a new pair of shoes. In the short conversation we had, I found out that he comes from Afghanistan. His family – his mother, brothers and sisters – left many years earlier to England. He did not go with them. But after the situation at home in Afghanistan was no longer tenable he decided to make the long journey to England. In the meantime, Afghanistan went down the West’s list of priorities: his family – just a couple of years ago – got asylum, but he was not so lucky. So there he was. Stuck in Calais, hoping for a way to enter illegally into the country where his family awaits.

Later that day I went with Elisa to the library (yes, there is a library). The ‘librarian’ had recently returned from trying to sneak into England. He had found a boat that would take him, and he made it to the shores of England, but was caught there and put back on the boat to France. “Do you know perhaps any other country in Europe where they speak English?” He had learned English at the camp, and he knew that an asylum procedure is much easier if you speak the language. To kill time he taught English to other inmates. On the library wall was hanging a world map with a pink paper boat superimposed between France and England. On the boat were written the words: “We want to get to this UK!” 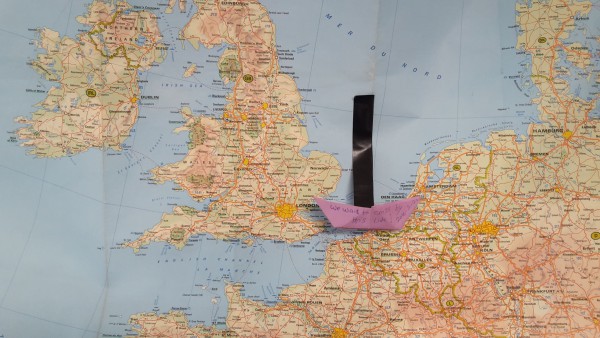 Outside was a group of men sitting together. I offered them a cigarette and an Eritrean man who introduced himself as Solomon started speaking, or rather: ranting, to Elisa and me. The aid agencies, volunteers, ourselves, we’re supposed to help, he said. But the only thing they do is maintain the status quo: the existence of a camp that should not exist. If we really want to help, why not offer what people really need in this camp: a false passport and a lift to England?

He was right, and my heart sank upon hearing it. I wanted to leave this camp where I could do nothing. We sidled off; looking for the rest of our colleagues, and not much later we drove back to Amsterdam. As with our journey there we had no trouble crossing the borders. We could have easily had 10 people in the back of the bus, I thought to myself.

Once home the inner turmoil began. I Googled things like “How to cross the border to the UK Illegally?” And “Asylum Procedure England”. Meanwhile, I kept in touch with Bilal. He talked about how things were going, asked what I was doing, and sometimes he sent me pictures; of the food he was eating, his friends, his hometown Kabul, and the instance of a major fire in the camp. Sometimes he would tell me: “tonight I tried it again”.

They made the journey a few times a week. Once it is dark, they would set off. On to the parking lot where trucks and cars make one last stop before they go through the tunnel to England. There they would try to crawl into trunks. But while they sometimes succeeded there, they would always be found at the border control. “I almost died yesterday,” he told me once. He had crawled into a refrigerator that was standing in the back of a truck, but it became airtight. He got out just in time, otherwise he would have suffocated.

Could I forgive myself if Bilal was to literally die trying? What if I just drove to the camp, got Bilal to climb into the trunk, and continued to England or The Netherlands? How likely would I be to get caught? What would be the penalty? I looked for case law on human trafficking and found out that I could get up to about four years in prison. Four years of my life for the rest of his life. I even warned my family: “Hi mum, dad, sisters, I might want to smuggle someone across the border”. “Just inform us first before you do something,” answered my mother.

But I prevaricated, and the contact between Bilal and me slowly diminished. After a few weeks with no contact I wrote to him: “Hey, how are you?” One checkmark. I checked my phone at night, and the next day, but that one check did not turn into two. What had happened? On various websites I found news about young men who were killed in recent months in an attempt to reach the tunnel.

I remembered he once sent a picture of his brother to me, bearing his name. Fortunately, I still had the picture, and soon I found his brother on Facebook. “Hi, you don’t know me but I met your brother in Calais. I have not heard from him, do you know if he’s okay? Thanks, Devika”. Then I realize Bilal once said that he has Instagram. Miraculously, I found him, but his profile is protected. Luckily a few hours later Instagram reported that he had accepted my follow request. His last picture is a photo of him in front of the Big Ben in London.

Quickly I send a message and to my great relief he had finally made it to England. He had lost his phone, he says, and was pleasantly surprised that I had found him. I did not ask him how he did it – it does not matter, I decide. We exchanged some small talk, and he says he is not with his family in London: the authorities sent him to Liverpool. Can you stay in England? I ask. He does not know. “But if I have to go back, I will die.”

Writer’s note
This might read like a story of hope. A story where everything, in the end, turns out ok. Unfortunately, that is not the case. For many years now, thousands of young men and (some) women have stranded in this place called The Jungle. Some manage to cross the border, some die trying, others – exhausted, desperate, traumatized – give up and try to get asylum in France, that simply puts them in other camps. There is no perspective: local, national and European governments ignore The Jungle. Being there feels like being in Limbo. Nowhere to go, nothing to do and no real perspective of getting out. This is not a hopeful story. This is the story of a dead end.

For an impression of (the situation and people in) The Jungle, read this amazing cartoon. 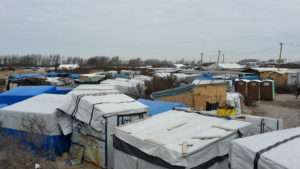 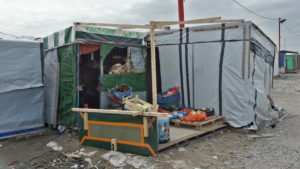 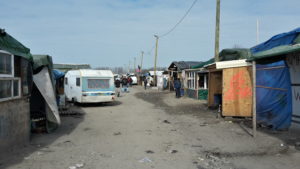 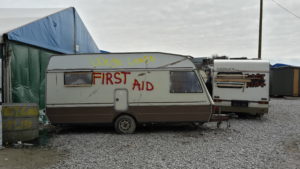 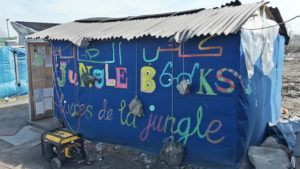 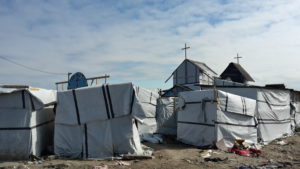 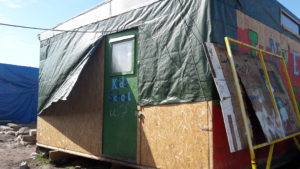 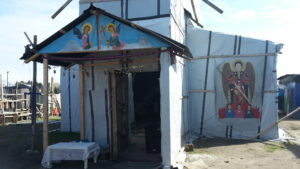 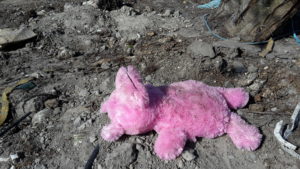 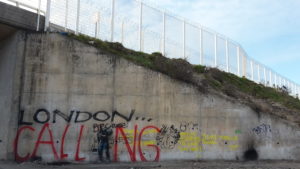