Just this very morning, Domenique Himmelsbach de Vries and Charlien Adriaenssens left to Brussels to perform at the Poppositions art fair. Poppositions promotes an alternative programme during Art Brussels and aims to occupy a critical position. And that’s is exactly wat Domenique and Charlien aim with their projects.

During the fair, Domenique will show his performative installation of A Paper Monument (for the paperless). He assembled a group of 15 artists who engraved portraits of 60 paperless migrants in wood. The project literally gives a face to the undocumented refugees; it’s an attempt to restore their identity as well as to raise awareness about their plight in the Netherlands. 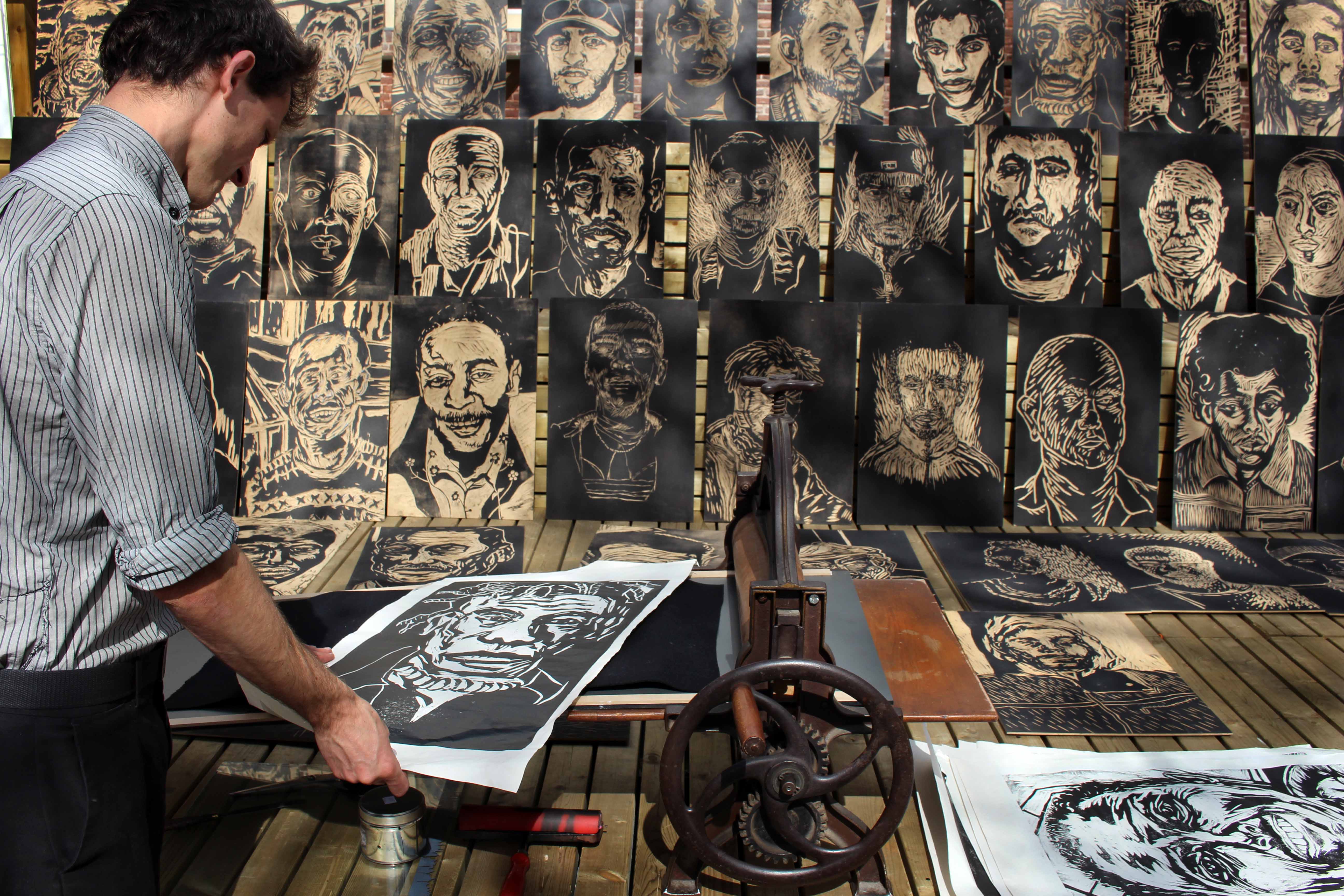 As Domenique explains: “Undocumented migrants are seen as invaders, they are locked up in prisons and their individuality is stripped away.” While passport photos and other official portraits are systematic, almost industrial snapshots, as if produced on an assembly line, the series of portraits in A Paper Monument reintroduce warmth and depth to portraiture. An artist’s hand, sketches in charcoal and thoughtful woodcutting work opposite to the cold, bureaucratic procedures that are used to establish our identity.

During Popposition Domenique will print the portraits and spread them through the city. They will serve to remind passers-by of a significant group of people who live in anonymity. Furthermore, visitors of Poppositions can purchase a print for a donation, granted that they also assume the social responsibility of displaying the portrait in a visible point and continue to spread awareness about undocumented migrants.

Charlien will attend both Poppositions and the official programme of Art Brussels, in order to transform her observations into a performance that will be shown towards the end of the fair. “Poppositions asked me to react on their programme and all other things that take place during Art Brussels.” Her performance attempts to take a critical position, to share her thoughts with the public. Furthermore she explains: “Poppositions argues that art fairs are often some kind of shop, which offer the same products. Although they try to take a different stand, for example by organizing talks with artists in which everybody can participate and whereby it becomes an exchange of thoughts between the public, the organization and the artists, they are interested in my point of view on the whole.”

Poppositions can be visited from the 20th till the 24th of April. Besides Domenique and Charlien, Elisa Grasso and Stefan Auberg will be there to represent New Europeans and report on their experiences.